A lot of companies, among them Rivian and Tesla, have promised fully electric pickup trucks in the near future, but now the leading pickup manufacturer is taking it’s role in the picture. Ford president Jim Farley told investors on January 16 that a battery-electric version of the F-150 is in the cards, and a Ford spokesperson has confirmed to that this is the case. Depending on when it arrives, the electric F-150 could be the first pickup of its kind to go on sale; Rivian says it will start delivering its R1T pickup here in “late 2020” and Tesla head Elon Musk said the company “might” reveal its electric truck sometime in 2019.

“We’re gonna be electrifying the F-series—

both battery-electric and hybrid. – Jim Farley”

I’m sure that we’ll have to wait for a next-generation F-150 to arrive before we see any electrified versions. A hybrid version of the truck has been promised for 2020, and the current generation of the truck has been around since the 2015 model year. Refreshed for 2018, the existing F-150 is likely to come around for the 2020 model year, meaning the new truck will arrive in calendar year 2020 as a 2021 model. Releasing the fully electric version at launch would make a big splash, but Ford is more likely to show the revolutionary new version a few months after the conventional gas-powered truck gets redesigned.

There are no mechanical details about the Ford F-150 EV at this point, as little information exists about Ford’s impending plans to offer several new electrified models across its lineup. The electric F-150 is likely to share some components with the upcoming Mustang-inspired electric crossover, but the truck will need a larger battery pack and a more powerful electric motor to support its size and meet expectations for towing and hauling duties. To beat Rivian’s claims for its truck, Ford will need to offer more than the R1T’s supposed payload capacity of 1764 pounds and towing capacity of 11,000 pounds.

That’s a bold move by ford to put itself on the map for electric evolution.

That’s pretty much it. Thanks for reading. 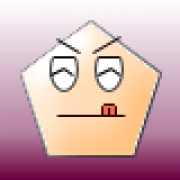 How Microsoft is gearing up to solve food crisis using AI