There are lots of rumours & leaks related to the smartphone but now the officials have confirmed that on 29th August, Redmi Note 8 series along with the brand new Redmi Tv will be launched in China.

Leaks of the design & specs related to Redmi Note 8 & Note 8 pro are all over the internet, the design is awesome & the specs are really great.

Talking about the specs, the phone is going to come with a new MediaTek Helio G90T Series processor which will play a great role in phones performance, a 64 Mp Camera for capturing in-depth & stunning photos with Quad camera setup, 25 Mp pop-up selfie Camera.

Face unlock will be present but will not have an In-display Fingerprint Scanner, bezel-less display(full screen to body ratio).

The phone comes with some decent features, the camera will be stunning, the processor is good. So far Redmi note series phones were budget-oriented, let’s see under which price bracket will this phone come.

On paper, specs are really great & the design is stunning let’s see how will this phone perform in the real world.

Comment down your views about the smartphone & will it give a tough competition to the other phones in the market. 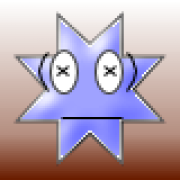 Amazfit T-Rex Smartwatch Launching in India in middle of June