This week, AMD silently began selling five “new” GPUs to OEMs under the Radeon 600 series. In fact these are the cheapest cards AMD sells for the maximum core count of 640. Believe it or not, it is based on the Graphics Core Next 1 architecture, released over five years ago.

According to me AMD has a real rebadging problem. In June 2016 they released 4000 series based on 28nm. They then rebranded it and released them in April 2017 as 5000 series hardware. Now they are selling the same 5000 series without a single spec change under the name of 6000 series. Although 600-series is a rebadge of a rebadge of the original 400-series.

In AMD’s defense, it’s likely pressure from OEMs who want to advertise that their products have newer generation hardware and AMD is simply complying. It will be not released in public as standalone products and also we don’t know how much they really cost. They could appear in desktops and laptops form HP,Acer,etc. Here are the specs

It is really annoying that AMD is releasing such an old architecture and design again. 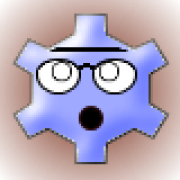 Apple Branded Over-Ear Headphones to be launched this Year

How DDoS attack different from others in Cyber Attack Set!