Today this is going to be a different topic, today we are going to teach you the basics of android app development.

Android powers hundreds of millions of mobile devices in more than 190 countries around the world. It’s the largest installed base of any mobile platform and growing fast. Every day more than 1 million new Android devices are activated worldwide.

Pre Requisites: The Latest Version of android studio. The Download and installation instructions can be found in the following link – httpss://developer.android.com/studio/install.

Recommendation – For 8GB Ram and above you may use Windows but below 8GB Ram It is recommended to switch to a lightweight Linux Distro.

The basics of android app development

A basic android app consists of a main activity which is a java class file which extends the AppCompatActivity (you need not know this now) just think of it as importing all the necessary files for android development.

Now to show the layout of a layout file is created which is an XML file is shown in the activity.

On opening android studio for the first time this will be the home page.

Now on the java file you can see a function called onCreate(….){….}. this is the main function where all the app related function will be done.

Here R -> Resources folder, Layout -> The layout folder inside the resources folder and activity_main is the name of the xml file.

And voila your first app is created.

Now to install this app to your device

Congrats now you have created your first android app. 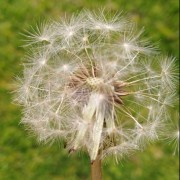 Everything you need to know about the all new Samsung S10+.

One Plus 7 Pro Coming With One Plus 7 : Specs, Price, Launching