The phone that has been talks lately, is likely to launch sooner than ever at MWC 2019 held at Barcelona.

Nokia 9 PureView through all the leaks and renders is speculated to feature a Penta Lens camera setup, consisting of 20 Megapixels f/2.1 aperture primary lens along with the wide angle, telephoto coupled with other lenses and a depth sensor , to deliver devastating camera performance.

The Nokia 9 PureView, is spotted the promotional tagline, “powered by light,” which points to it’s strong low-light camera performance. The phone pictured closely resembles the other 5 lens Concepts with the same camera arrangement. Sources have confirmed that it could feature a 21 Megapixels front shooter with impressive f/1.8 aperture.

The phone has been spotted in the wild many times confirming the design HMD global is going to go with for their upcoming flagship. Many leaks suggest that Nokia is going to pack last year’s Qualcomm Snapdragon 845 SoC based on a 10nm building process. It is an Octa-core SoC which consists of (4×2.8 GHz Kryo 385 Gold & 4×1.7 GHz Kryo 385 Silver) cores. We still believe that HMD global is going to go with the latest Qualcomm Snapdragon 855 SoC based on the newest 7nm building process and the benchmarks have shown how powerful it is.

For entertainment Nokia 9 PureView is speculated to come with a 5.99 inch HDR10 enabled amoled 2K display featuring a resolution of 1440 x 2960 pixels. All clean display without any Notch or Punch hole. It is said to be coupled with at least 6 GB of Ram for the base variant.

It is said to feature a dual glass body comprising of Corning Gorilla glass but the version is not specified yet. It will come with a 4150 mAh battery to keep the show running along with Qualcomm Quick Charge 3.0. It will also support wireless charging according to the sources .It will follow the latest trend with an under display fingerprint sensor as no other fingerprint sensor is spotted at the front or back.

The price is expected to start around 750€ 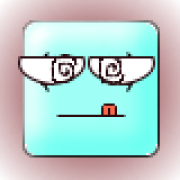 Back Buttonless Navigation in Android Q!