When we talk about entry level smartphones, the most famous line up is the Xiaomi Redmi phones. Be it the redmi series or the redmi note series, these phones have done an exceptional job in delivering good specs at low prices. Last month, Redmi featured another budget phone on their facebook page, the Redmi Go which finally launched yesterday in Philippines. It is expected to launch in India later this month.

This phone is powered by a 1.4GHz Qualcomm Snapdragon 425 processor and an Adreno 308 GPU, comes with 1GB of RAM and 8GB of storage(expandable upto 128GB). The cameras on this device are 8MP+5MP HD shooters with inbuilt flash and the display is a 5″ IPS HD panel. All these things draw power from a 3000 mAh Li-ion non user replacable battery.

Now, the specs are very basic, they are what you’d expect from a budget phone. So what’s special about this particular model? Well its the first Android Go smartphone from Xiaomi. Google’s Go project started as a lite version of google apps like the Maps Go, Youtube Go, etc., these apps used less storage and gave better performance on phones that were not capable of running the full versions of these apps. Android Go is lite version of the android OS and the phones with Android Go require less RAM, take less storage and do not drain much battery power.

It is expected to be launched in India on February 28. Light sensor, Proximity sensor, Accelerometer are there in this model while there is no fingerprint sensor. With Android Oreo (v 8.1) OS, this model supports dual nano sim (GSM + GSM) along with 4G.

Inbuilt 3.5 mm audio jack is present. This 137 gm smartphone is currently available in Philippines in Blue and Black color.

We saw a couple of Android Go smartphones last year like the Nokia 2.1 and the Samsung J2 Core. Now Xiaomi has entered this market, let’s see how they hold their position here. 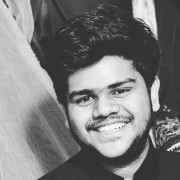 Is Samsung gonna take over the mid range crown? : Galaxy M20 by Samsung